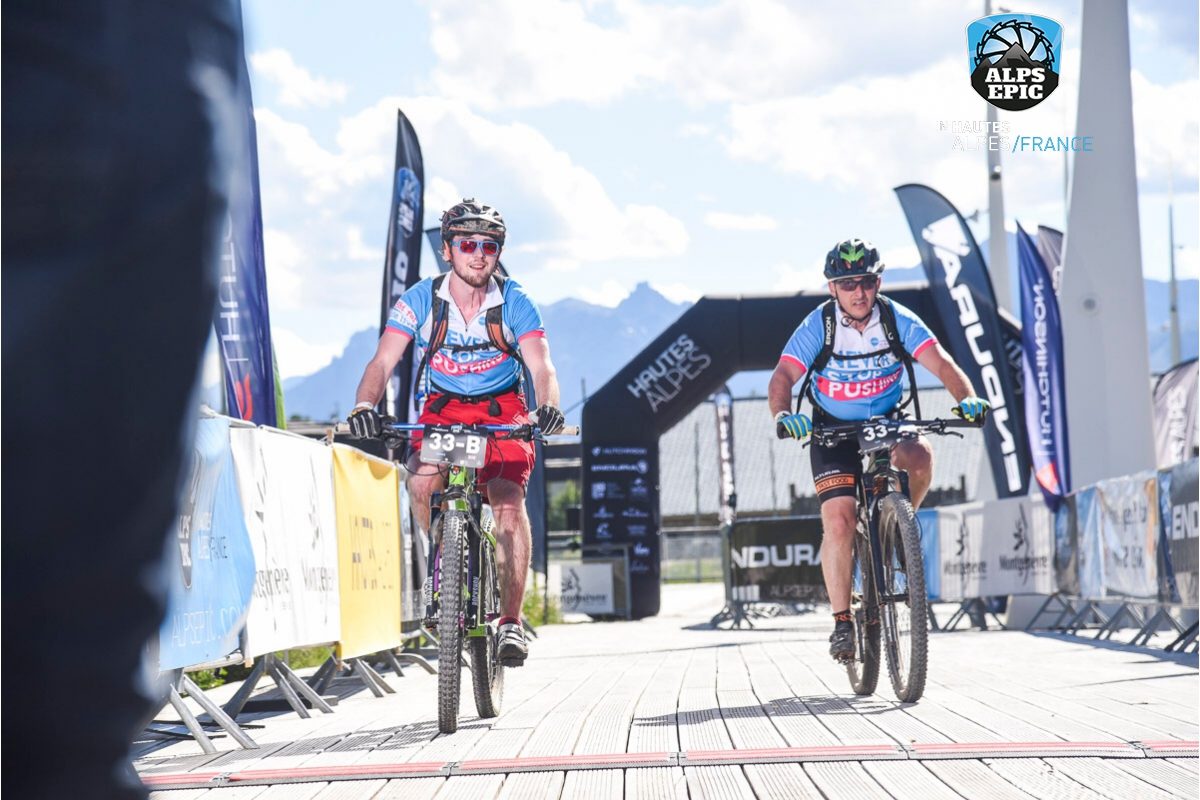 On 3rd July 2017 my team mate, Lee Johnson (right) and I crossed the line for the “prologue” of the Alps Epic stage race in Hautes Alps, France. 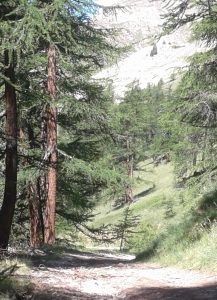 We decided to take on this 5 day stage race for Action Medical Research, a cause close to both our hearts. Action has funded research which proved to be crucial to the health of Lee’s son who was prematurely born and suffers with asthma. Also, research funded by Action into ultrasound scanners is key in checking on the function of my one working kidney. Along with the stunning alpine scenery, riding for a charity certainly kept us pushing when things got tough!

Alps Epic is quickly gaining a reputation for being one of the most grueling stage races in the world, packing in climbing of nearly 15,000m in total over the five 70km stages. This relatively short distance means that the uphill sections are unbelievably steep in places and can be up to 20kms in length. In the descents we lost dropped altitude at a terrifying rate, riding on some of the most challenging terrain I have ever faced on my bike. The trails were rugged with plenty of loose rocks to trip you up and so narrow that there really was no margin for error! 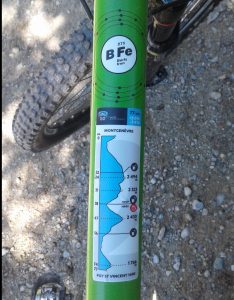 Over the course of the challenge we faced temperatures of up to 42°C meaning we had to take on about 9L of water each day just to stay hydrated.  Riding at altitudes which sometimes exceeded 2,500m caused our fitness to be strained even further by the thin air. We even lost our breath climbing the stairs to some of the hotels!

Each stage’s route was emailed to us by the organisers so we could use our Garmin cycling computers to follow the course maps.

Each of the feed stations was only about 20km apart but just arriving at a station felt like a massive achievement in itself. At the stations we would celebrate with meat and cheeses from huge platters as well as Alpine Cola (which was probably about 99% sugar!)

In our preparation for the Alps Epic my team mate and I always knew the climbing would be a huge challenge. Constant climbs of up to three hours meant that finding a sustainable rhythm was key. There were also a number of occasions when the trail was just far too steep to ride up.

Despite the massive physical challenge presented by the climbing, I found the toughest part of the Alps Epic was actually the downhill sections where we had initially hoped there would be some rest.

Instead we were faced with challenging technical terrain which really drained the energy from the legs and core and totally killed your grip strength. The features included everything from big rock faces to steep switchback turns and bike park style descending with wallrides, jumps and drops.

While the riding was totally incredible, one of the best parts of the challenge for me was the people we met. I had the pleasure of riding the last two stages with the “Gnarly Nutters” Jim and Nathan who shared some fantastic stories about their other adventures like riding pennyfarthings around Lake Garda.

Embrun was the perfect place to finish my race. Having crossed the line we headed immediately into the lake for a ceremonial dip in the freezing cold water before making a beeline for the beer taps.

Sitting by the waterside I noticed that the organisers had set up a “lake jump” and, after a few more drinks for courage, I decided I had to give it a go. Kitted up in a helmet and flip-flops I pedaled as hard as I could towards the ramps facing out over the water. I resurfaced with a huge grin on my face after flying a good 10ft over the surface of the water.

We spent the rest of the evening at the lakeside watching the sun set and helping ourselves to a brilliant barbeque cooked from local produce. As night fell the Tradin Festival kicked off in the town. As finishers of the Alps Epic we enjoyed free entry to the arena which was headlined later by one of the Marley brothers. Sadly, none of us had the energy to jump around too much after a tough week in the saddle!

Safely back in the UK now the Alps Epic feels like an incredible achievement and I’d recommend taking on a stage race to any fellow mountain biker. Please feel free to contact me at mtb@sramcc.com if you have any questions or would like advice preparing for your race.

You can find my fundraising page at http://www.action.org.uk/sponsor/jamesmurphymtb any donations will be greatly appreciated. 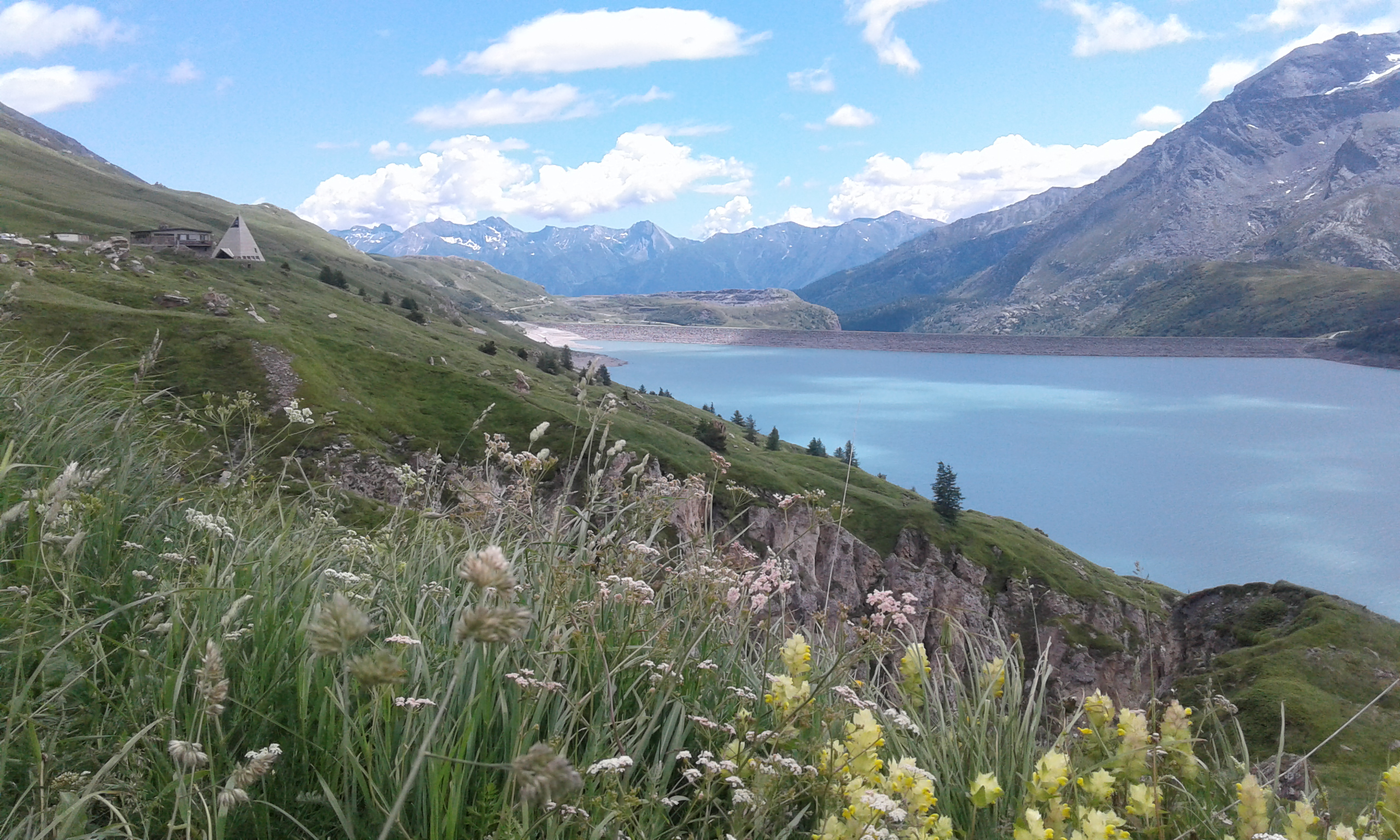